Thank you for making TEDx Thiruvananthapuram a great success.

See you next year!

TED is a nonprofit devoted to Ideas Worth Spreading. It started in 1984 as a conference bringing together people from three major realms : Technology, Entertainment, Design. The main Idea was to change attitudes, lives and ultimately, the world.

The TEDx Program is designed to help communities, organizations and individuals to spark conversation and connection through local TED-like experiences. Although governed by the TED body, TEDx events are self-organized. (x=Independently organized event).

TEDx Thiruvananthapuram an independently organized TED event, operated under license from TED. Started in 2016, the next edition of TEDxThirhuvananthapuram will take place on January 20th, 2019. The event will start at 3:00 PM 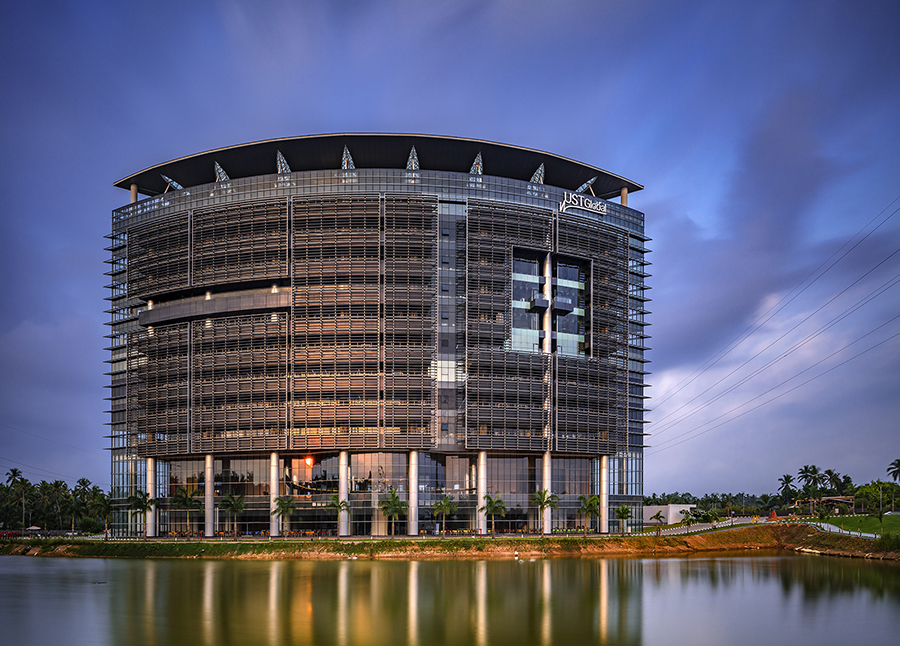 Dr. K Vasuki IAS 
Humanitarian and Philanthropist
Dr. K Vasuki IAS
Humanitarian and Philanthropist
Dr. K Vasuki is one of the most valiant and unflinching IAS officers Kerala has seen. She is a 2008 batch IAS official from Tamil Nadu and is currently serving as the District Collector of Thiruvananthapuram. Ahead of assuming office as the district collector, Dr. Vasuki served as the Director of Suchitwa Mission. In her tenure as the Director of Suchitwa Mission, Dr. Vasuki was noted for her efforts in implementing a green protocol and for her emphasis on eliminating plastic waste and quoting it down as "My waste, my responsibility" which is the first ever waste management protocol launched in the state. Her obstinate determination and ingenuousness towards her work have won the hearts of millions especially during the recent crisis faced by the state, where she had the mammoth task of co-ordinating rescue operations, channel supplies and update the public about the situation in the district for the flood victims.
R Sreelekha IPS 
Senior IPS Officer and Author
R Sreelekha IPS
Senior IPS Officer and Author
R Sreelekha is one among the gemstones Kerala ever owned. Apart from being the very first woman IPS officer from the state, she is also the first woman in Kerala to become the Director General of Police.

She is also renowned for bridging the gender gap and working for women empowerment and represented India in United Nations to form protocols to combat woman trafficking.

Apart from her services, she has also authored several books in Malayalam, three of them on crime investigation and owns a blog in her name as well that confines clusters of touching real life stories she heard within her prison boundaries.

A graduate of University of Leicester, who later pursued his post-graduate at Manchester, UK, he has been in the field of mathematics research for the better half of his life. Lately, he has been researching on the historical and cultural aspects of mathematics and its pertinence to the mathematics curriculum currently employed at universities worldwide.

Being one of the best in the world in the field of mathematics, he’s been invited to lectures at universities and institutions all over the globe.

Dr. George, who appeared on various radio and television programmes worldwide and helped conduct various international seminars and workshops, is also a noted author with five books to his name, including a best-seller titled “The Crest of the Peacock: Non-European Roots of Mathematics”.

Aparna Gopan loves to make elefants dance and is the founder of "Elefant in the Room". It is a provocative movement which runs theme-based campaigns against taboos. She has run campaigns in Bangalore, Goa, Kenya and is currently launching a new campaign series in Trivandrum.

She is a kanthari international leadership graduate and a student of history who feeds on loud thoughts, conversations and stories. She has worked as a writer, catalyst, creative head, gender and communication specialist for various international non-profits and start-ups.

In 2016, her written work was published by World Pulse and was awarded as one of the featured stories for 16 days of activism against gender based violence.

Aharsh MS 
Tech Entrepreneur
Aharsh MS
Tech Entrepreneur
Aharsh is a tech entrepreneur and a visionary. He co-founded Accubits Technologies, an AI and BLOCKCHAIN focused development and solutions company. Within a year, he and his team saw monumental success and expanded into six countries. He has also designed token economics for several organizations worldwide. He believes that decentralization and tokenized organizational models will revolutionize all walks of life.
Anson P D Alexander 
Child Rights Activist and Changemaker
Anson P D Alexander
Child Rights Activist and Changemaker
Anson P D Alexander was born in 1988 in the sleepy village of Vilakkupara. An individual with diverse interests, he is equally passionate about his job as an Aircraft Maintenance Engineer at Trivandrum Intl. Airport as he is about arts and society. Anson, who has a bachelor’s in Political Science and Law as well as a Masters in Social Work, has among many laurels been selected as the Young Cartoonist of Kerala (2005) and the South Zone Inter-University winner in Theatre (2016).
These diverse interests culminated into an NGO named Kanal, founded by Anson that focuses on Legal Literacy, Child Abuse Prevention, Cyber Law, Substance Abuse, Gender Equality and Sex Education.

Nanma Gireesh 
Translational Civil Engineer and Entrepreneur
Nanma Gireesh
Translational Civil Engineer and Entrepreneur
Nanma is a Civil Engineer with post graduation in Translational Engineering who co-founded an interdisciplinary consultancy firm called NestAbide, currently focussing on Amphibious housing technology and lake rejuvenation projects.
As a solution to the sinking houses in Munroe Islands, Kollam, Kerala, the concept of the amphibious house was first studied. She visited and researched on 32 amphibious houses that are built on the banks of Maas River in Maasbommel, Netherlands, with the help of few professors and natives. Taking inspiration from how Holland sees water, flood and nature, She started and is currently working on implementing the amphibious housing project in Kerala.
She is also an avid painter, dancer and nature lover.

Archana Gopinath 
Storyteller, and Social Entrepreneur
Archana Gopinath
Storyteller, and Social Entrepreneur
A civil engineer with a Masters in Project Management, Archana Gopinath has more than ten years of experience leading project teams in the construction industry.
Shifting her focus to more community-driven projects, she led the Infrastructure and Overlays Committee for the National Games in the state.
She founded The Reading Room in Thiruvananthapuram — a community space focussing on interaction, communication, and inculcating reading habits in children, through the medium of books, workshops and events.
As she moved her base to the city, Archana founded the social media collective — Where In Trivandrum (WIT) — a Facebook community aimed at helping society and in building social discourse in the city of Thiruvananthapuram.
A strong believer in the power of human connections, Archana was instrumental in using her platform WIT to coordinate supplies and volunteers during the recent flood crisis faced by the state and during other day to day requirements.

Sally Varma 
Philotherian and Activist
Sally Varma
Philotherian and Activist
Her wish to create peaceful coexistence between humans and animals brought up Sally Varma to shift her career from journalism to animal welfare. Believing that the world belongs to every living creature that is a part of it, she started a small initiative called Save A Life. Although it all started as a Facebook page, the initiative helped rescue and rehome many animals from all over Kerala. It also helped to spread awareness on animal welfare & its impact on human lives and the malpractices to which animals, especially farm animals, are subjected due to factory farming and cruel transportation methods.
She has worked as a community engagement officer for the NGO Humane Society International/India and was involved in an ABC (animal birth control) program for Street dogs in Malappuram district of Kerala. She has completed her paraveterinary course from Worldwide Veterinary Services (WVS), Ooty and was honoured by the President of India as one of the 100 women achievers of India for her work in Animal Welfare.

Prasanth Gangadharan 
Entrepreneur and Educator
Prasanth Gangadharan
Entrepreneur and Educator
Prasanth Gangadharan founded Learning Alternatives (LA) in a bid to bring back the joy that comes with learning & exploration, often missed by the conventional schooling methods. He makes learning ‘fun’ & more effective for children by designing programs at the LA Centre for Beyond School Learning Experiences in Trivandrum which involve arts, theatre, science experiments and projects and most importantly the art of storytelling.
He is the Managing Trustee of Saves9 Trust, a public charitable organisation that seeks to create learning and living spaces for individuals with special needs.
Prasanth's diverse experience in teaching includes stints as a class teacher in an alternative school in Bangalore, teaching in business schools, designing action learning programs, working with children with special needs and home-schooling.
An avid story teller, Prasanth’s passion for teaching has led him to design a participative story telling format for children called StoryCircle and he conducts story based training workshops not only for children but for their parents and teachers as well. 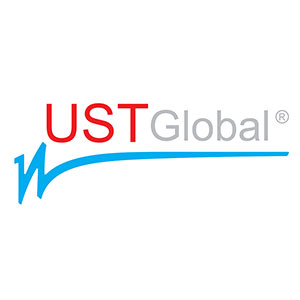 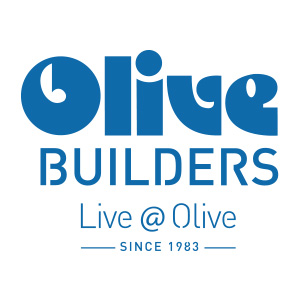 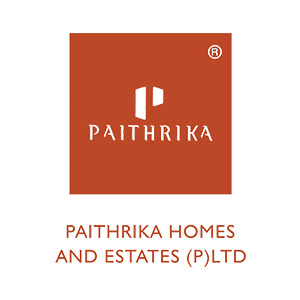